Well as an Irish guy who grew up in a working-class family, we worked extremely hard to have just enough. And while we are always encouraged to be grateful for everything we have (no matter how little it might be), there is the feeling that you should push for more, to make things better for the next generation. And so, I battled with this lagom idea, I felt it’s counterproductive. Almost that it could stifle the ambitions of people. I thought for example, that a child growing up should be encouraged to push far beyond their means and maybe to aim beyond what is possible. I recognised in some Swede’s I met that their approach to work was very much tilted toward ensuring they didn’t do more than required. Working in teams of people that can be tough to process. I have an extremely competitive spirit and coming from a sports background, it’s impossible for me to not do as much or more than my teammates do.

In 2019, I attended a business conference in Miami with four Swedish colleagues. Their reaction to the absolute contrast in psyche was beautiful to watch. All very entrepreneurial guys, CEOs and sales leaders, they were amazed at how forward people were about their goals, their intentions, and their overly ambitious approach to business. Now the conference itself was filled with big name speakers who model themselves as gurus of sales and marketing. Now, we had, of course, expected the guys on stage to be over the top but it was the attendees and various characters we met on the trip who really highlighted the sheer gulf in culture when it came to outward displays of seeking success. I felt once again that this ‘American Dream’ and ‘pursuit of happiness’ mindset was the formula. I pondered why it was missing in Sweden. Maybe it was the egalitarian nature of society or simply the fact that Sweden has enjoyed decades of prosperity, maybe that’s the key, if no one is fighting to get out of the gutter well then lagom works.

There is one thing that I noticed over the last years however that really changed my view. Living and working in Sweden showed me that outside the tiny bubbles of ‘stekare’ and ‘brats’, there is a respect for one’s profession no matter what it is you do. The status that goes along with jobs in other countries does not have the same positive or negative connotations. Do you have a job? If so, it is respected. You work. Whereas in Ireland, UK and USA, what job you have is a major factor in social status. Obviously, high paying jobs are sought after but people are quite obsessed with the type of job you do and there is a certain amount of snobbery when it comes to manual labour. Carpenters, plumbers, and other tradesmen are looked down upon in the modern digital age. It is rather disgusting. It is also ludicrous that people would look down their nose at skilled workers who are often actually out earning those in other industries with soft hands and clean fingernails.

In Sweden it matters more that you are a contributing member of society and it is nice to see that those working in nursing or construction are as respected as the office executive or banker. And even though I will continue to pursue more than I need, this important point finally got me to understand and accept lagom.

POSITIVE VIBES ONLY:
NFL: At 43 years old, Tom Brady led his team, Tampa Bay Bucaneers, into the Superbowl with a 31-26 victory over Green Bay Packers. Brady will be the oldest starting Quarterback to play in a Superbowl. The previous record of 41 years old was also set by Brady in 2019! #goat 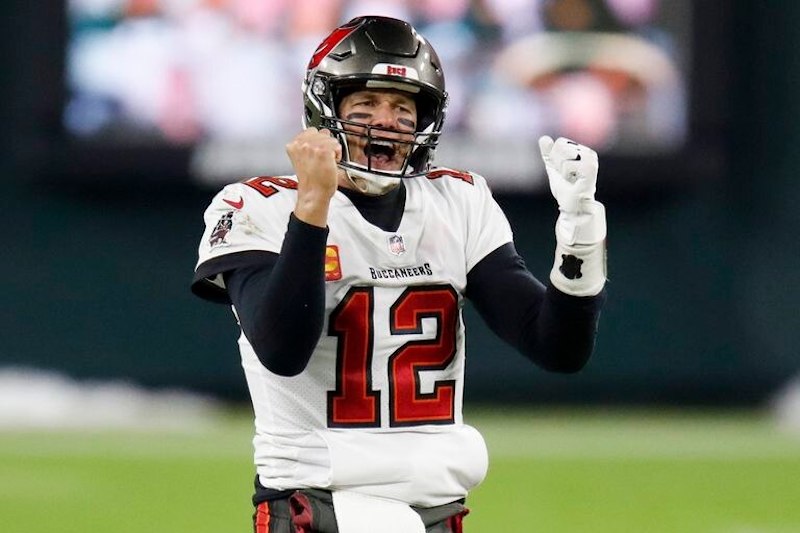