How did one man amass such an extraordinary fortune? Well, he created and perfected the worlds most popular online store. And as is the case with the success of capitalism he also created 1.2 million jobs in the process. Yes, his company employs 1.2 million people or the equivalent to the population of Stockholm residents. It is simply astounding that one person can create so much and become so powerful. The impact of Amazon has also created millions of opportunities for companies and entrepreneurs to start businesses using the platform to sell products to markets across the world. The type of growth possibilities that this has created has transformed the world. In a typical trading day, approximately 26.5m purchases pass through Amazon’s platform in transactions. These transactions are worth $408m per day and everyone with access to the internet, some good ideas and the willingness to try can attempt to grab a slice of the action.

Bezos was born Jeffrey Preston Jorgensen in New Mexico in 1964 to a 17 year old mother and a father who didn’t stick around to raise him. When he was 4 years old, his mother met and married a Cuban immigrant named Miguel ‘’Mike’’ Bezos in Miami. He adopted Jeff and until he was 10 years old, he believed Mike to be his biological father. Summers spent at his grandfather’s ranch in Texas played a big part in Bezos upbringing. Vaccinating cattle, castrating bulls and fixing windmills were part of a standard day on the ranch. The lessons learned there instilled a work ethic that is almost super human. After sailing through high school as a straight-A student, Bezos went Princeton to study electrical engineering and computer science. He graduated with a 4.2 GPA and took a job at a fintech startup, followed by a position at Bankers Trust before joining D.E Shaw in 1990, a newly founded hedge fund with a strong emphasis on mathematical modelling. After 4 years at the hedge fund, Bezos finally decided to start his own business and on July 5 1994 he opened an online bookstore from his garage, he named it Amazon. His belief was that internet growth would eventually allow him to compete with and ultimately surpass legacy stores like Barnes and Noble, Borders etc. By 1998, he expanded the store into retailing music/video and by the end of the year they had moved into all types of consumer goods. 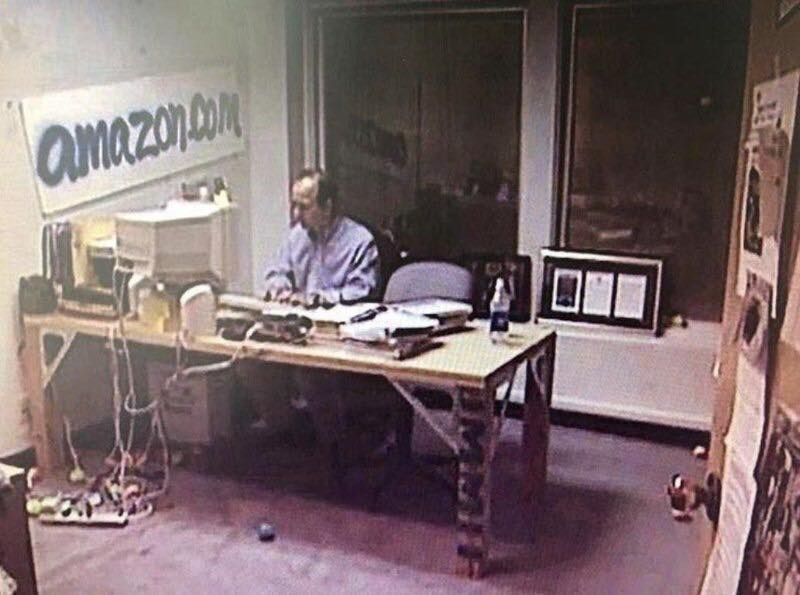 Amazon’s success has always been at the forefront of innovation and how the platform works is a work of art in terms of how they engage consumers with products and how they manage supply and demand. The algorithms used are so effective that online shopping has become synonymous with one store in the western world. Later features such as Prime memberships which guaranteed express delivery, priority purchasing and even a tv/movie streaming service means that the store is growing exponentially into more and more areas.

At Princeton, Bezos was heavily involved in the societies for space exploration and in his graduation speech, he famously dreamed of a day when mankind would colonize space – and it appears he is trying – Blue Origin is his spaceflight startup which aims to bring civilian passengers into space for $200-300k per trip. He has plans for an entire inter planetary travel industry and I would not bet against him.

His purchase of The Washington Post put him at the centre of criticism from those who feel that tech oligarchs like him and Mark Zuckerberg’s ever expanding control the of the world can only lead us to a bad ending. In February 2020, Bezos pledged $10 billion to combat climate change through the Bezos Earth Fund. Bezos also donated $100 million to food banks through Feeding America during the COVID-19 pandemic, so he is putting his wealth to some great causes. Nonetheless people will focus on the risks associated with one mans limitless power.

As the old saying goes: Power corrupts, and absolute power corrupts absolutely. I am a little more hopeful, I see a dreamer, a do-er, a man who not only transformed the way we shop but also created more jobs and opportunity than anyone before him. He is a pioneer and an inspiration!