A childhood in Gottsunda served as a school of hard knocks and has no doubt contributed to the toughness he has shown in Robinson, the Riksdagen and his massive success in business. He got in trouble in his younger days and doesn’t shy away from discussing his regrets but it’s clear to see that this ‘tough guy’ part of his character is genuinely more like something he needs to control rather than an image he attempts to portray.

A recent viral video featuring himself outlining in a very humorous way exactly how Sweden is ‘the best country in the world: for rich fucks like me’ (link below) displayed his masterful marketing mind but it was also great to learn about the creative process behind his initial reality TV success. I had presumed he was a reality star turned politician but Jan explained ‘We were trying to win an election but our campaign simply had no money! A friend of mine suggested we try to get some attention and create a name for me by entering a reality tv show’ he tells me, ‘so due to my work with helping young people and some news stories about that success, we were accepted by almost every show, one of them ‘Baren’, which was about working in a bar and drinking beers, well, I thought yes, this I can do! I know about this!’ he laughs as he says thankfully his campaign pushed him into doing Robinson as the audience was larger and the chance for creating some name recognition was much bigger. ‘I hoped to be there for a while but it just worked out well enough that I won’.

Emanuel’s overall demeanour is much more understated and secure than I expected, no arrogance, very logical. His ego is firmly in check as he explains to me his reasoning for putting forward more motions than any other Riksdagen member ‘It’s a strange idea to enter politics and to not want to change things…and if you want to change things, well then you have to do something about it.’ We discuss the advantages and disadvantages of not fitting into ‘lagom’ and despite his ability to take advantage of the attention he receives, Emanuel laments the fact that often people are too quick to judge based on what box they want to put you in. Whether you have the right look, personality or even bank balance is sometimes more important to people than if you have the right ideas. The recent Coronavirus scandal involving 25 guests attending his sons birthday party obviously received a lot of attention but he remains unapologetic regarding the event. ‘These kids are in school together, train together, they travel on Tunnel Bana with thousands of people each day but suddenly it’s an issue that they have fun together one evening, it’s simply ridiculous’.

While many other famous faces recently have been forced to bend the knee and ask forgiveness in this world of cancel culture, Jan Emanuel appears to be uncancellable. ‘They have done it for 20 years and in the beginning it was really tough, when I was in Riksdagen, they could go to the statsminister and take it from you…and it hurts, it’s really hurting when they take something from you, something you earned, it still hurts. But my life for the last 10 years what can they do? They can go after the company, question why are you on the board? Well, it’s my company fuckface! Everything I have is my own, they can’t do anything no matter how they feel’. 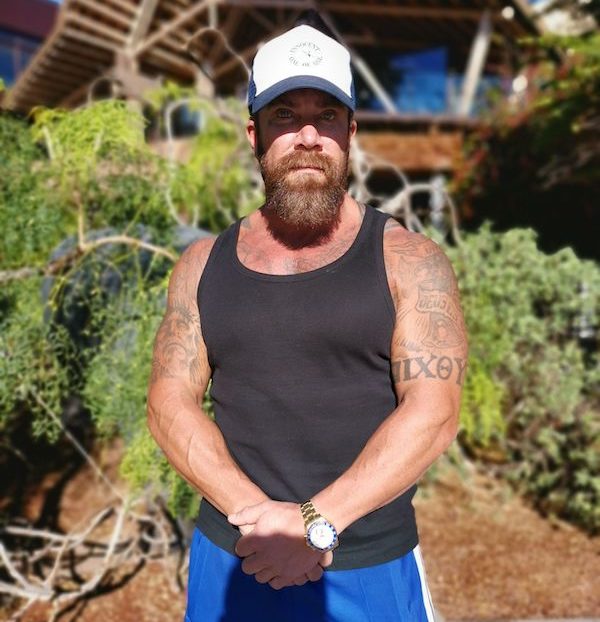 It’s very clear to see his passion for society and how to solve some of the issues we are facing. He becomes quite animated regarding the dangers of ideology and identity politics. ‘Identity politics is one of the biggest problems facing the world. People who believe we can’t find common ground or believe we can’t share the same feelings or understanding because of how we look or what party we represent or some label which is placed on you is just insane. Like when i sit and debate with Jimmie (Åkesson), the guy no one wants to sit with…because they say he’s a racist, ok, well I’m not so sure he is but he wants to change things & they want to change things and I hear what he says, which is almost the same thing as what they say! Then they say he lies, but they never would!? The programmes of each party are almost the same so I think rather than calling each other names, we can listen to each other a little bit’. He clearly believes that listening and thinking is the key but that people are afraid of change. That most people are simply protecting their own ideas rather than trying to see if they’re ideas are actually good enough. In an ideal scenario we can listen, we can think and we can actually change our minds when we see a better idea. This is why he believes his debates with people from all over the political landscape are so important, especially in the modern age of social media echo chambers.

He talks with pride at what was achieved with the ‘social miracle’ of Folkhemmet yet his frustration is visible when discussing the tragedy of wasted government spending and incompetence in Sweden today. He contrasts the situation elsewhere, ‘In Sweden, we have some of the highest taxes in the world but we don’t have the best schools, in Spain, you have low taxes but I feel safer here than in Stockholm, I see there is police on the street, in Sweden I only see the ones handing out parking tickets! We are throwing ridiculous amounts of money which we are taking from the working class and we waste on bad ideas…a bad idea cannot be solved with more money, we need better ideas.’

He feels that healthcare is the same and that Swedes believe they have a great system until they actually see what happens when you break your leg in a foreign country. ‘The hospitals are great, the surgery was good and you can actually eat the food…and they don’t send you home the same day!’ Wherever he looks at government spending he see’s massive waste and it all seems to fall on the working class man or woman rather than the ones who can afford it. It’s a broken system and people are not receiving from the system anything close to what they put in. This message has been apparent from the moment we sat down, he is laser focused on how can things become better for the working person. This is what drives him to try to say and do what he believes needs to be done. When asked about a return to politics, you can feel a sadness in his voice that his party has left him. ‘I don’t have a party. I am a Social Democrat but my party are not Social Democrats anymore. I haven’t changed, they have changed. It seems they have become completely lost but I am here and social democracy as a political idea is still me, I cannot even vote for my party anymore and I while I do have hope for the future but it’s hard’ When asked about fitting into another party, he’s obviously conflicted. He concedes that parties like Moderaterna have made massive changes over the last 5 years but it’s not clear that he could fit there. ‘Look, if another party becomes the new Social Democrat party, I am a Social Democrat, I never say never.’

Regarding US politics, he claims that while Trump was made the world laugh or cry each day on social media, there was actual progress which was clear in jobs, the economy, the stock market and the fact he was a peaceful president should be much more important than people getting upset with what he posted on Twitter. ‘Barack Obama was a fantastic speaker, maybe the best, he claimed to be peaceful yet he started wars everywhere. While Trump speaks to North Korea and people go crazy, he creates jobs and doesn’t start wars and so he gets criticised, if anyone else had spoke to North Korea and done these things he would have been given the Nobel peace prize and whatever else they could throw at them!’

He enjoys discussing societal issues and politics with taxi drivers when travelling. This allows him to get a feel of the actual situation that working people find themselves in. Remarkably two different drivers he spoke with in Spain (who see their lives falling apart) told him they need someone like Franco to turn things around. This is a big sign indeed and he is not surprised that people are looking for answers in different places, even authoritarians when the elected politicians fail them over and over again. In Sweden we have seen the rise of SD in the last 10 years and Jan Emanuel feels like the opposition to Jimmie and his party is becoming a comedy almost. ‘If Jimmie was to say 1+1=2, the other parties will say 5 and when that comes to some good ideas, well, you cannot vote against good ideas just because you hate the guy who had the idea! But that’s the reality in Sweden today and for the last 5 years, well you can also see where we are going, are we going up or down?? I think we need to talk and to listen and we need to change.’

A politician who tells the truth, Jan Emanuel is a rare breed. I have no doubt that we will see this man back in the political arena and I believe it will be sooner rather than later. Love him or hate him, he speaks from the heart and the people will listen.