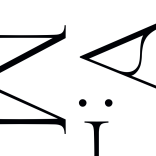 Hilary Rodham Clinton seemed a shoe-in. Every poll in the business predicted her victory and the entire world was rocked by Donald J. Trump’s triumphant win. She had earned it, she was a career politician, after losing in Obama’s first election run, she then served as secretary of state, she had been first lady, she had also been the first first lady to have her husband’s affair with an intern be revealed to the world. She earned it. There had never been a ‘more qualified’ candidate, man or woman. Her time had come. And then, in an instant, it was gone.

Women, who had felt the chance of taking this historic step was over, were devastated. It felt like a slap in the face. To add insult to injury, it was Trump who took her place. The guy who most of the media labelled an orange faced misogynistic asshole who casually talks about women using expressions such as ‘grab her by the p***y’. All seemed to be lost. Even this election year we saw potential candidates fall away without support in place of old white men in the DNC. Kamala Harris has managed to stay in the running as Vice President, however, the people did not support her as an individual and the great hope for a first female president might actually come from the other side of the aisle. Step forward Candace Owens. A firebrand phenomenon from North Carolina who has become the voice of black conservatism in much the same way AOC is now the voice of the left. Her rise has been meteoric and she is considered by many to be a future presidential candidate of the Republican party.

But who is she? At age 17, Owens was the victim of racism and bullying when a high school classmate – the son of a Democrat mayor – left a 2 minute voicemail on her cell phone. She later created a website that would track and identify online bullies before coming to prominence during the now infamous online battle between progressives and conservatives known as #gamergate. Owens, a self described progressive, had her own personal details published online and suffered death threats. The support she received from conservatives such as Milo Yiannopolous brought her centre stage and in her own words she ‘became conservative overnight’. She immersed herself in reading Larry Elder and Thomas Sowell before taking on a conservative activist role at Turning Point USA which brought her around US college campuses challenging ‘indoctrination’ and identity politics. In 2018, she founded a movement called ‘Blexit’ which encourages African-Americans to ‘Stop being victims, stop voting Democrat and to leave the left’. She believes that the policies of the Democratic party have hurt rather than helped black America.

Global attention came later that year with her blistering performance in front of the House of Representatives judicial hearings on hate crimes and white supremacy in America. The video of her vs Rep. Ted Lieu was viewed by millions of people and a new conservative star was born. Her impact culturally was demonstrated by Kanye West’s highly publicised meeting at the White House and move to support Trump which he says were inspired by Candace.

Right now, she is a valuable campaigner for Donald Trump, staunch supporter of the police and has been extremely vocal about her disdain for BLM, AntiFa and opposition to the riots that have gripped America in recent months. She has also just released a book titled ‘Blackout: How Black America Can Make It’s Second Escape from The Democrat Plantation’, a title as provocative as she is!

All of this widespread coverage, however, is not without criticism. She is regarded as a racist, anti-feminist, transphobic, climate denier and conspiracy theorist by most in mainstream media and on the left. This has not slowed her down. She could and would very much be a candidate in the vein of Trump: explosive, quick witted, fiery and controversial.

She might be the absolute opposite of what those Hillary Clinton voters wanted to see in the first woman president but there is just something unstoppable about a strong black female candidate that makes me believe she might just go all the way. Buckle up!